Standard draws on the legacy of Maurice Solomon Gouttman. It lives vividly through his successors, humbled and grateful for the outstanding example he set for them.

Born in 1899, Maurice belonged to an industrious family of merchants from Bessarabia—modern-day southern Ukraine and northern Moldavia—who had flown extreme hardship and Czarist persecutions in a quest for a new start in the burgeoning Jewish settlements of Palestine.

Maurice’s father, Abraham, was a consummate oenologist. In this capacity, he was dispatched by Baron Edmond de Rothschild to manage his vineyards and cellars near the Zikhron Ya’akov settlement, where Maurice and his siblings grew up. Existence remained fraught with danger, however, like before in Eastern Europe, as Arab communities and their Ottoman rulers alike resented the settlers presence.

Besides, it was the dawn of the first world war and Abraham, a discerning man who had diversified his business interests by establishing a new venture in Lebanon, would not suffer the risk of seeing his sons enrolled in the Turkish army to fight against the Allies. In 1911, he left Palestine for Beyrouth with his Lithuanian-born wife Cécile Cantor and their four children.

The family stayed in the “Paris of the Middle East” during a decade, and then moved to Australia. Abraham’s brother had emigrated Down Under in the late 19th century and was regularly urging his relatives to join him. For the Gouttmans, a promised land replaced another. They arrived in Sydney and bought a house—the Villa Hermosa—in the posh neighborhood of Mosman. Abraham and Maurice proceeded to set up a retail operation.

Life was peaceful, but Maurice, like his parents and siblings, felt as if in exile. Eventually they decided to return to Europe, this time choosing France, perceived at the time as a land of freedom, culture and equality—themes that could only appeal to a worldly, enterprising Jewish family.

They went to Bordeaux and turned back to winemaking by acquiring the La Landette vineyard in the Médoc region. The 1929 shock led them to move northward and set home in Paris, rue Hérold, just a quick walk away from Le Louvre and Palais-Royal. The family invested in several properties, making France their homeland for good.

In 1934, Maurice married Noelle Lucas and chose to take the French citizenship, whereas his parents remained subjects of the British empire. In 1936, with Abraham’s health declining and the ensuing difficulties of running the Médoc estate, Maurice sold it and founded C.A.W.A, an auto parts business.

Abraham passed a few months after the second world war broke out, just a few weeks ahead of the German invasion of France. When the latter occurred, Maurice, prescient about the turn of events, and mindful of what carrying a Jewish name might entail in occupied France, decided to flee, leaving everything behind.

A family of such origins is no stranger to disaster, but this one was unprecedented in scale and speed. Amid indescriptible chaos—it was in the midst of the “Great Debacle”, the catastrophic collapse of France in the early summer of 1940—Maurice rushed to Bordeaux and embarked with wife Noelle and daughter Evelyne on the very last civilian boat leaving French shores, having no idea where it was sailing to.

Only onboard did they learn that it was originally supposed to go to Canada, but after a short while at sea it had to get rerouted to England because of the deadly threat posed by German submarines. Born in Torquay two years later, Maurice’s son Alain was given the second name of George in tribute to king George VI who had granted asylum to the family and their fellow countrymen. As a dispossessed refugee, Maurice supported his family by working on a Royal Air Force base in Plymouth.

If you can make one heap of all your winnings
And risk it on one turn of pitch-and-toss,
And lose, and start again at your beginnings
And never breathe a word about your loss;

If you can force your heart and nerve and sinew
To serve your turn long after they are gone,
And so hold on when there is nothing in you
Except the Will which says to them:”Hold on!”

Maurice came back to France after the war ended. This was the third time in his lifetime that he had to start over from a blank page, precisely like his father before him. With the helpful hand of his step-brother Raymond Verhille, an upstanding man and shrewd entrepreneur whom he was close with, the ever-resourceful Maurice got back on his feet and together they built up a successful manufacturing enterprise named Société Lucas.

Maurice passed in 1975. His story, which his successors look up to with devotion and intend to honor as generations pass, echoes those of so many other Jewish families of that time. It is a tale of courage, virtue, steadfastness and resilience—and a testament to the eternal words of Horace: “Many shall be restored that now are fallen, and many shall fall that now are in honor.” 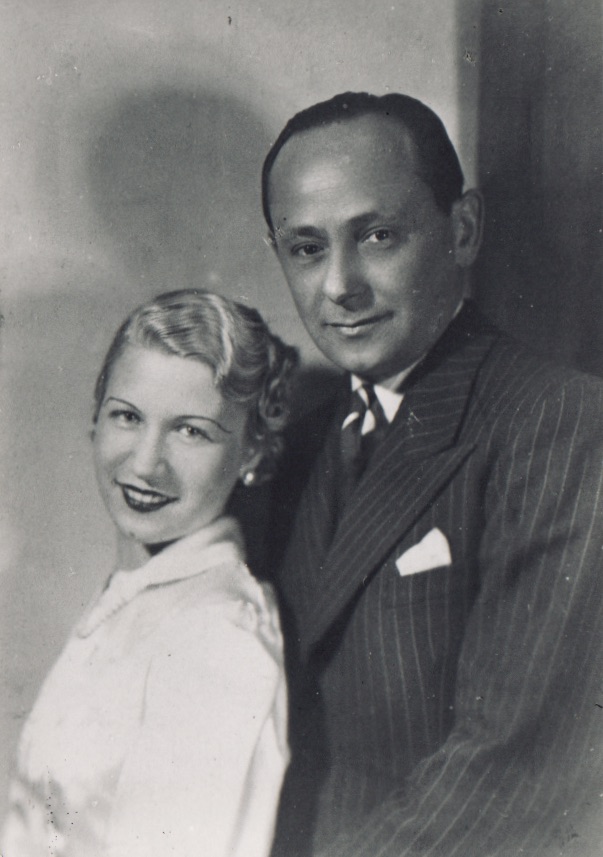 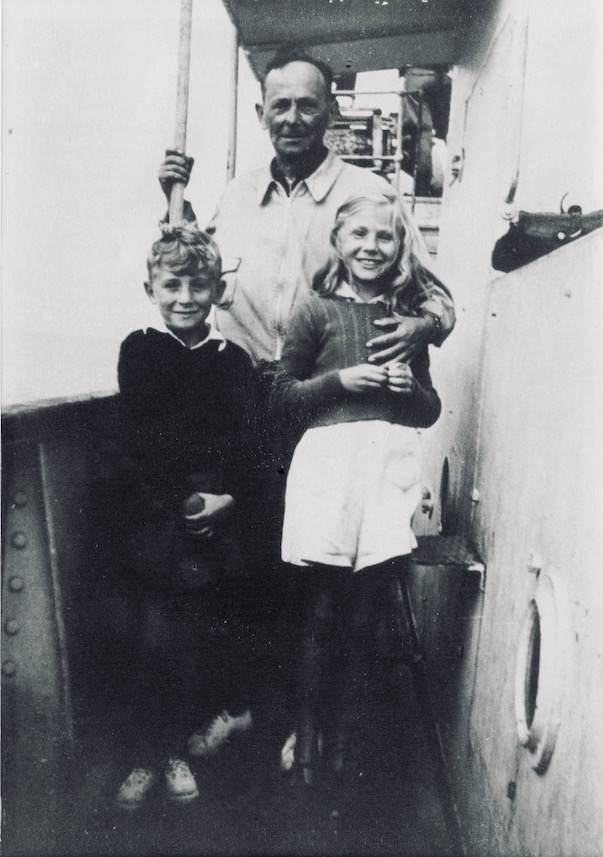 Maurice, son Alain and daughter Evelyne, circa 1948. The war had taken its toll.